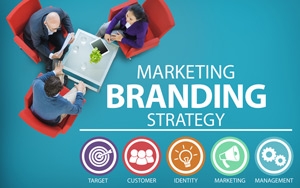 The answer to that question is definitely “yes," according to agency executives on a panel at Sonobi’s Premium Programmatic 360 gathering on Thursday.

The lone brand marketer there, Colin Linggo, director of marketing & media at Paramount Pictures, called the use of programmatic an “opportunistic solution." While that may be the case, it can be a pretty darn good solution when brand objectives are combined with the data and predictive analytics that programmatic solutions can offer.

Barry Lowenthal, president of The Media Kitchen, called the distinction between direct-response and brand goals “bogus," adding that programmatic branded offers a “better opportunity to have a more relevant conversation. It offers an opportunity to drive relevance and more data to overlay.” Lowenthal deemed this a good thing.

Claudine Cheever, global head of strategy & design at MediaVest, argued that it helps to have agencies and marketers think about programmatic and branding together: “What’s really exciting is that we can begin to look at asymmetrical data sets to make programmatic data more interesting.”

Cheever kind of geeked out by saying she loves working with both creatives and data scientists -- and that sometimes they aren’t mutually exclusive. “It’s imperative that we bring these functions and thinking together. Then we can use data and attach it to creativity and make brands thrive.”

Jordan Bitterman, chief strategy officer, North America, at Mindshare (who I recently interviewed at a true[x] event), maintained that marketing technology is driving a kind of mashup of data that can be used to achieve client objectives via data decisioning.  But Bitterman also said that the creative process within the context of programmatic media is lagging behind.

For those concerned that programmatic squashes the creative process, Bitterman maintained that creative can be optimized in ways that don’t “injure the creative brief.”  It seems that you just need everyone in the room together. Cheever agreed. She wants the creatives, the technologists, and the data scientists sitting at the same table.

Baba Shetty, global chief media officer, DigitasLBi, was pretty charged up: “What's incredibly exciting now is that we’re at a point where we should think about every encounter that a brand has with a person that doesn’t merely represent a lift in purchase intent, but that changes the way that person thinks about the brand in perpetuity."

Now that’s something to think about.  Programmatic media, data and predictive analytics, and all the other touchpoints along the purchase journey can be impacted by understanding consumer behavior across devices, in-store, outside the store, online, etc. Clearly, Shetty is a believer in data-driven decision-making.

The Media Kitchen’s Lowenthal thinks all media will be bought programmatically eventually -- and that doesn’t mean low-level, remnant media.

For what it's worth, I believe he’s right, but I also think that custom or bespoke programs will always require face-to-face decision-making and loads of discussion.