The Cyber Monday That Began Three Weeks Ago 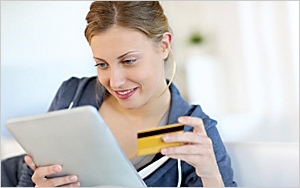 It seems that retailers not only got an early start with holiday sales and promotions this year through paid search and shopping ads, but had a slightly different approach. Nordstrom, Bloomingdale's, Best Buy and others seemed to push consumers to their Web sites and into the physical stores through buy-online and pick up-in-store campaigns.

This might explain why e-commerce sales rose 9% to $1.1 billion on Thanksgiving Day and 10% to $1.7 billion on Black Friday, per comScore.

The uptick began early in November when Rakuten Marketing saw a 5% year-over-year increase in purchases, with ad-browsing activity. Clicks rose 24% and engagement rates rose 53%, suggesting that shoppers were searching for early holiday deals or for what they would buy later in the month.

A little more than half of site visits occurred on mobile devices -- 37% from smartphones and 14% from tablets. Smartphone traffic briefly surpassed desktop traffic from 1 a.m. to 3 a.m. EST.

Mobile devices took the biggest share of online traffic, at 71% vs. desktop at 29%, at 7 am E.S.T. on Thanksgiving Day.

Online conversions jumped 9.8-times the daily average at noon EST on Black Friday, and the U.K. saw the rise of "Midnight
Shoppers" who drove up ecommerce traffic by 330 times greater than the average early morning hour, 1 a.m.  Overall, ecommerce revenue rise 16.1% on Black Friday 2015 compared with the prior year.