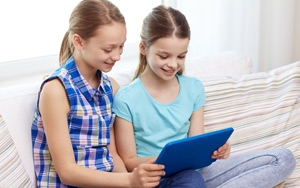 Who will come after “Millennials?” MTV did some research, asking 13- to-14-year-old consumers to decide on a name for themselves. The top choice? "The Founders."

Those born after 2001 have been mostly referred to as “Gen Z.” Other monikers for this group include ‘iGen” and “Plurals.”

In a statement, Jane Gould, senior vp of MTV Insights, said: “The name ‘Gen Z’ has always seemed like a bit of placeholder to us – it doesn’t convey any sense of identity for this generation -- so we thought, ‘Why not ask them to name themselves?”.

Among the findings: Ninety percent of 13- to-14-year-olds agreed that “my generation is going to start a new society where diversity is accepted and encouraged,” with 91% saying “technology has helped my generation understand people who are different in terms of race, religion and sexuality” and 91% saying “I’m optimistic our generation can build a better world.”