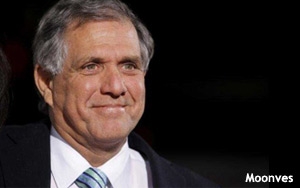 TV advertisers are paying up to 20% over pricing for TV commercials set during last summer’s upfront TV ad market business -- at least those marketers buying commercial time at CBS.

Speaking at the UBS Global Media conference, Les Moonves, president and chief executive officer of CBS Corp., echoed what many other TV network senior executives have said recently -- that the current scatter market is very strong.

“I’m looking forward to the upfront,” says Moonves. “With scatter this strong, you know that in May it is going to stay that way. I would find it hard to believe it is not going to remain strong.”

Moonves says that in the last upfront period, CBS took in less upfront revenue than it would have liked -- around 4% to 5%. Reports suggest CBS pulled in between $2.4 billion and $2.6 billion in the upfront market this past summer.

“Because the scatter market in the third and fourth quarter is so good, advertisers got to say to themselves 'Had I bought this spot in July rather can September, I would have paid 20% less for it'." He says that looking at historical upfront/scatter trends, CBS believes the upfront market in 2016 will be “extraordinarily” strong.

Right now, Super Bowl advertising sales are very robust, with spots commanding a record $5 million for a 30-second commercial. Moonves says CBS is so well along that it could choose to close down sales -- but the network is keeping some options open for those willing to pay even more. He says: “As you get closer and closer to the game, there is going to be some advertiser that has to be in Super Bowl.”

To be specific, this can be a movie studio. “Two weeks before there is going to some movie producer who thinks he has a bad movie but convinces the studio to spend more money for it and they are going to beg us to give them two spots, that are going to go for north of $5 million a spot.”

Political advertising also remains strong -- thanks to a big and loud campaign among Republican Presidential candidates:

Says Moonves: “We have a year of political advertising that is shaping up to be pretty phenomenal. We love having all 16 Republican candidates throwing crap at each other. It’s great. The more they spend, they better it is for us. Go Donald. This is fun.”