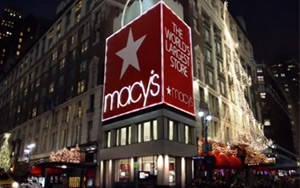 While the holiday hoopla may have gotten off to a lopsided start this year, there are already some clear winners, with the NPD Group reporting that Macy’s won the Black Friday shopper, Best Buy did best with early shoppers and Walmart led on Thanksgiving Day. And while people bought more clothing than anything else on both days, video games, toys, and appliances are capturing a bigger chunk of holiday spending budgets, according to NPD’s Checkout Tracking.

The Port Washington, N.Y.-based trade group also notes some shifting trends in how people tackled the big Thanksgiving weekend. Fewer people shopped on multiple days, for example — just 39% shopped on both Thanksgiving and Black Friday, down from 46% last year. And fewer went to multiple stores. The majority went to just one retailer. And less than 15% of shoppers went to four or more stores, a 20% drop from last year.

Meanwhile, the National Retail Federation says that despite a soft kickoff, spending seems to be on track, based on U.S. Commerce Department’s announcement that November sales rose 0.2% over October, and 1.4% year-over-year.

“Consumers right now are getting great value for significantly less this holiday season given the deflationary environment that continues to impact overall trends in spending,” says NRF chief economist Jack Kleinhenz, in a statement from the Washington D.C.-based trade group. And while shoppers seem to be spreading their purchases out and warmer weather may be discouraging shoppers, “all in all, the growth in November really does point to a healthy consumer who at the end of the day will help retailers see solid growth, despite the economic and environmental challenges.”