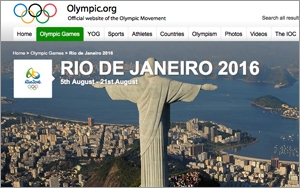 TiVo Research and RealityMine, in partnership with NBCUniversal, will provide single-source cross-platform measurement for the 2016 Summer Olympic games in Rio de Janeiro.

The companies say the initiative will enable NBCUniversal to improve cross-platform measurement of TV, mobile and digital platforms to better understand consumer consumption.

The Summer Olympics games will be held August 5 through August 21.

NBCUniversal will gain data and analysis from TiVo Research’s set-top-box data -- some 2.3 million TV homes -- as well as RealityMine’s focus in digital and consumer behavior research.

Key areas that will be covered include the relationship between TV viewing and tablet/smartphone usage around Olympic content; how viewers engage with content outside their home, including workplace and social settings; the impact of social media on the consumption of Olympic content; and the effectiveness of advertising on all platforms.

Alan Wurtzel, president of NBCUniversal Research, stated: “What makes the Olympics such a notable research environment is the enormous amount of consumer activity on multiple platforms for a nearly three-week span, enhancing our ability to measure behavior and detect trends across time.”