For Food And Beverage Marketers, A Year Of Accelerated Change 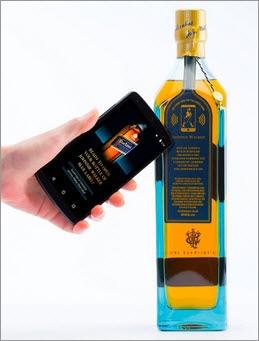 For big food and beverage companies, 2015 was on balance more the worst of times than the best.

Most saw their overall sales decline or stagnate as consumers continued to migrate to fresher, simpler options. And just to rub it in, Mintel surveys found that among Millennials, more than 40% think that store-brand foods are more innovative than those of national brands, and about the same percentage say that they distrust large food companies.

On the other hand, the majors valiantly battled to overcome operational and cultural impediments to agile adaptation, and to nurture a more entrepreneurial business environment. "Cleaner" reformulations of iconic brands and acquisitions of "natural" upstart companies more in line with changing consumer sensibilities became commonplace. As did zero-based budgeting —particularly after the ground-shaking acquisition of Kraft by Heinz.

Food and beverage CPG marketers, spirits brands and restaurants (this writer's core coverage areas) all made major strides in the sophistication and effectiveness of their content marketing and social media in 2015 — including their ability to measure the effects on actual sales.

Not surprisingly, Marketing Daily articles that highlighted those topics were among those with the highest readership and sharing stats.

One notable example: A piece in March that detailed a Kraft "Twist That Dish" content marketing program. Based on consumer insights, Kraft created English- and Spanish-language "Twist" sub-hubs of its huge KraftRecipes.com and ComidaKraft.com recipe sites. Those mini hubs were designed to target, engage and encourage social media sharing among "strapped" consumers, Millennials and Hispanics who love using meal "hacks" to save money and time.

Readers were also intrigued by Plum Organics' intensive use of content microsites and social media to catalyze "unfiltered" social sharing among parents (the natural baby food brand's first national campaign), and by Dunkin' Donuts' pumped-up social efforts to promote its pumpkin-flavored offerings this past fall.

Marketers on the lookout for talent were also quick to take note of an article about PepsiCo running a video contest on LinkedIn to build awareness among college students of the company's content marketing job opportunities, and gather ideas in the process.

The top 10 food/beverage, spirits and restaurant stories also included one about McDonald's releasing a sneak peak of its 2015 Super Bowl ad, which promised to surprise some customers with "a new form of payment." (As America soon discovered, that turned out to be "paying" for an order by expressing love or doing something nice for others.)