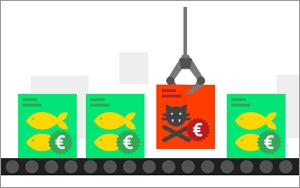 Google disabled more than 780 million ads in 2015 for violating its policies, up from 524 million in 2014. The findings released in its annual "bad ads," now known as Google's "Better Ads" report, highlight how it combated all the annoying and the malicious ads, along with their tricks and scams. The news was released just days prior to the Interactive Advertising Bureau Annual Leadership Meeting. Industry executives will gather in Palm Springs to talk about where the next $50 billion of investments will come from.

Sridhar Ramaswamy, Google SVP of ads and commerce and the author of the post, will speak at the IAB conference Monday about how mobile devices will influence advertising. In the report, Ramaswamy describes how Google disabled about 25,000 app accounts from serving ads, mostly for violations related to placing ads too close to a button so users accidentally click the ads, rather than the button as intended.

Bad ads are a continuous threat to brands, their reputation, and the agencies supporting them. Google suspended more than 10,000 sites and 18,000 accounts for attempting to sell counterfeit goods such as imitation Gucci bags or Jimmy Choo shoes. In 2014 that number fell to 7,000 from 14,000 in 2013.

Some 12.5 million ads were suspended in 2015 -- up from 9.6 million in 2014 -- for violating Google's health-care and medicines policy, such as ads for pharmaceuticals that were not approved for use or that made misleading claims to be as effective as prescription drugs.

Ads promoting weight-loss supplements and other promising impossible-to-achieve benefits were one of the top user complaints in 2015, forcing Google to suspend about 30,000 ads for misleading claims.

As mobile increasingly becomes an important focus for Google, so will the ability to block bad ads from showing up on handheld devices.