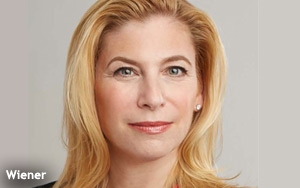 The news kicked off the IAB Leadership meeting in Palm Desert, California, where executives gathered to talk about where the next $50 billion in advertising will come from -- this year's theme.

During her opening remarks, Wiener said that political campaigns will take addressable TV from $500 million in 2015 to more than $1 billion in 2016. She added that overall growth and revenue will come from respecting the wishes of consumers, along with their time, intelligence and privacy.

The political agenda in 2016 will also drive ad spending up. According to the IAB, more than one third, or 35%, of registered voters in the current election period look to digital as the most important channel to get information on political candidates. This group is more likely to be react to an online political ad by taking action, at 71% versus 53% total. They are also more likely to stream political debates (at 30% versus 20% total) and to vote in the primary elections (at 90% versus 85% total).

While industry growth signals good news, the bad news is a major talent shortage across the board, she told attendees, estimating the need for about 10,000 candidates to fill new job spaces in the next few years.

IAB President and CEO Randall Rothenberg told attendees that this year's leadership meeting will become "a more intimate gathering." Most who signed up have managed to find their way to the sunny West Coast.

Bad weather in the East did stop Oracle CEO Larry Ellison from delivering the opening keynote, but Rothenberg says he will speak on Monday.