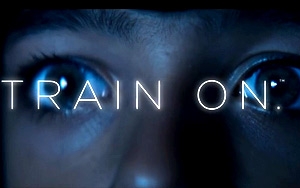 Pokémon turns 20 this year, and what better way to celebrate it than on the Super Bowl’s 50th?

The venerable entertainment brand — which includes a video game, trading card, cartoon and other properties — will begin a year of celebration with its first commercial on the Super Bowl broadcast on Feb. 7, with a commercial that’s a “celebration of our fans and the impact we’ve had on one another for the last 20 years,” says J.C. Smith, senior director of consumer marketing for the Pokémon Company International.

“We are constantly amazed by the education and drive of our players, so when we created this ad to commemorate 20 years of Pokémon, they were our inspiration,” Smith tells Marketing Daily. “With the amount of visibility the Super Bowl possesses, we felt this was the perfect platform for the Pokémon 20th celebration.”

The commercial, an extended version of which can be found on the brand’s 20th anniversary-dedicated Web site, depicts people from a variety of cultures around the world inspired by each other’s acts, each using the phrase “I can do that.” The spot begins with a boy running out into the streets to see an inspiring site, which inspires him to climb a mountain. A girl in another locale sees his accomplishment through a newscast, prompting her to take on a number of speed chess matches in the park. She in turn inspires a football player to energize his team, whose play inspires a young man to triumph in a (fictional) stadium Pokémon contest. As a man and his boy watch that competition on TV, the father whispers to his son, “You can do that,” and the phrase, “Train On” appears.

“Sports and Pokémon have been intertwined for a long time in a variety of ways — both can be inspirational drivers for people both young and old where hard work and training in pursuit of dreams can lead to great accomplishment,” Smith says. “Pokémon —especially the trading card game [which] attracts a global audience — is similar from a competitive standpoint as a chess match or high-stakes sporting event.”

The spot kicks off a year-long celebration for the brand, which will include asking fans to submit their favorite Pokemon moments through various social channels, special events on “Pokémon Day” (Feb. 27) and re-releases of the “Red,” “Blue,” and Yellow” versions of the video game as digital downloads for the Nintendo 3DS systems.

“We’ve reached a point where Pokémon fans now span multiple generations, yet the key pillars of Pokémon remain relevant for all age groups,” Smith says. “With Pokémon, we encourage all to be the best they can be and that message is applicable for all audiences.”