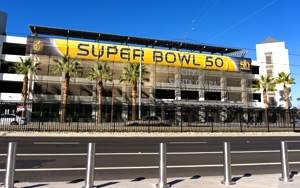 Overall, TV viewers still see Super Bowl commercials as pure entertainment, but are also savvy enough to know they are still being marketed to.

Over 77% say Super Bowl commercials are “entertainment,” according to eMarketer, in a study conducted for the National Retail Federation. But 20% say those spots “make me aware of advertisers’ brands.”

As part of this effort, nearly 17% of TV consumers believe “advertisers should save their money and pass on the savings on to us.”

Fewer TV viewers are disgruntled over Super Bowl commercials: 7% say they interrupt the game and 5% say they “bother” them.