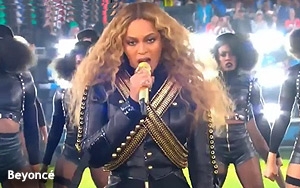 Mobile devices dominated views of Super Bowl 50 advertisements and teasers on YouTube during the game Sunday, according to data released Monday.

Some 60% of the 330 million views came from mobile devices -- the first time the majority of the game's views have occurred on mobile, reports Google.

Group messaging app Blend CEO Akash Nigam, who attended Super Bowl 50 in Santa Clara, California, says that for a moment the Bay area became the center of the world -- host to a ton of celebrities.

Fans around him were especially hyped up on the halftime show. The 22-year co-founder says most chatted about Lady Gaga singing the National Anthem, all the "girls were freaking out and dancing in the background when Beyonce performed," he says.

The advertisements running during Super Bowl 50 may have been the furthest thing on the minds for those attending the game, but the top trending ads on YouTube as of 9 p.m. Sunday were from Hyundai Elantra, Pokemon, MINI USA, Hyundai, Mountain Dew, Axe, Hyundai Ryanville, Doritos Ultrasound, Snickers, and Doritos Dogs.