Bing, Cortana Could Become Standard On Millions Of PCs, Mobile Devices For Military 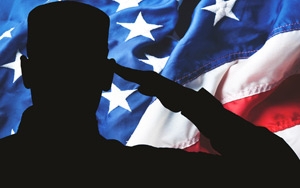 Advertisers looking to connect with government and military personnel through Bing Ads will soon have direct access through millions of PCs and mobile devices. The U.S. Department of Defense (DoD) has agreed to upgrade 4 million software licenses to Microsoft's latest operating system by February 2017.

"From laptops to desktops to mobile devices, including Surface devices, the DoD is targeting its Windows 10 upgrade for completion in a year," Yusuf Mehdi, corporate VP of Microsoft Windows and Devices, wrote in a blog post. Bing and Cortana come standard with Microsoft's Windows 10.

Most DoD contracts have a list of companies the government agency must work with, but it doesn't stop employees from searching the Web on their downtime, as long as the government version of Windows 10 includes Bing and Cortana.

Overall, more than 200 million devices run Windows 10 -- including 22 million in business and education, according to Microsoft. The updates include search, Cortana voice assistant, and Office 2016 integration.

He estimates the DoD spends approximately $38 billion annually on cybersecurity and IT.

The White House last week announced a plan to improve cybersecurity across government systems and devices. A Cybersecurity National Action Plan (CNAP) will take near-term actions and puts in place a long-term strategy to enhance cybersecurity awareness and protections and protect privacy, maintain public safety as well as economic and national security, and empower Americans to take better control of their digital security.

The digital age makes buying products, running businesses, finding directions, and communicating with the people easier, but it also brings about a new generation of threats.

Criminals, terrorists, and countries who wish to do us harm have all realized that attacking us online is often easier than attacking us in person," per a release from the The White House, Office of the Press Secretary. "As more and more sensitive data is stored online, the consequences of those attacks grow more significant each year."