Research Shows Google CTRs Rising After Redesign - What About Conversions? 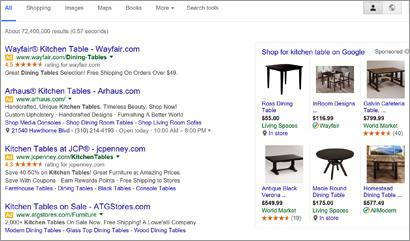 Early data from AccuraCast released this week confirms higher click-through rates on paid-search advertising for nearly all positions after Google eliminated text ads from serving up on the right side of the search results page.

Google stopped serving paid-search text ads down the right rail of its search query results page in late February. A fourth paid-search ad now serves up at the last position at the top of the page.

The data for AccuraCast's analysis came from a two-week period, analyzing more than 500,000 individual searches for a range of industries.

Product listing ads are included in the research, but the agency has not looked into how the move influences product listing ads (PLAs) specifically. Marketers will likely see that down the road a bit, explains Luke Rees, digital marketing lead at U.K.-based AccuraCast. The data also does not indicate an increase in conversions from the uptick in clicks. That's great news for Google, but without the conversion it doesn't do much for sales at brands other than branding for future sales.

Positions five and six fell compared with historic percentages, while the ad in position seven rose.

Rees says the numbers are likely to fluctuate in the coming weeks as the agency sees broader samples of data and as people become more familiar with the new layout. Once the agency starts to get a bigger sample of data, it plans to dig further into product listing ads, as well as differences on desktop and mobile.