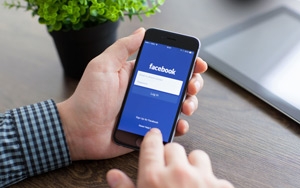 “In order to save time and effort, advertisers can now duplicate lead ad forms and edit specific fields across ad sets and campaigns,” a Facebook spokeswoman said on Wednesday.

Facebook has also added new companies to the list of CRM partners that integrate with lead ads, including Constant Contact, InfusionSoft, Sparkroom and Salesforce Marketing Cloud.

The social giant has also partnered with Zapier and MailChimp to develop a solution that can automatically add leads to advertisers’ MailChimp lists.

From newsletters to price quotes, lead ads are designed to streamline the process of signing up to receive information from advertisers. When users click on the ads, for instance, a form opens with their contact information already inserted -- as long as they gave Facebook that info beforehand.

Facebook has been developing many ad products. Late in 2015, the social giant unveiled several new mobile-focused ad products to attract a greater share of TV monies.