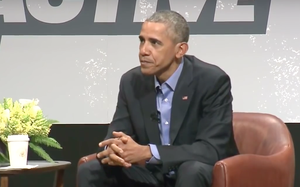 Several programmatic and data-related bombshells were dropped at the recently concluded interactive portion of South by Southwest.

In the past few years, the event has taken some criticism--has the program gotten too broad? Too gimmicky? Irrelevant? The third criticism was proven false this year, at least where programmatic media is concerned. Below, Real-Time Daily rounded up the must-read news stories with respect to programmatic, data, cross-channel marketing, ad blocking and the like.

1. BuzzFeed unveils Swarm, the new ad format for when you want to create "mass awareness—an event."
Swarm lets advertisers launch a campaign across BuzzFeed's Facebook, Snapchat Discover, YouTube, Vine, Instagram and Tumblr accounts. For those wondering how a campaign can be measured on those platforms, BuzzFeed CMO Frank Cooper said the company is layering third-party measurement to see what audiences are doing on other platforms.

2. AdBlock Plus gave a cryptic hint of a new revenue model for publishers. Ben Williams, head of operations at Adblock Plus, said during an OMMA panel that there may be "another way to fund publishing." He added, “We’ve been working on other things” and “I think there are other ways you can monetize.” What could it be? Perhaps users will fund the content they like, as Williams has suggested before.

3. Gnack introduced its platform that plans on taking influencer buying programmatic. The Austin-based startup claims it can measure Snapchat influencer campaigns--answering all those marketer pleas for more data behind the ephemeral social media platform. Brands can find influencers for campaigns based on followers, interests or locations, Adweek reported.

4. PresidentObama called on the tech community to come through for U.S. government on the Apple/FBI case.  The president gave a keynote at SXSW Interactive, touching on the ongoing Apple and FBI encryption feud. “This notion that somehow our data is different and can be walled off from those other tradeoffs we make, I believe is incorrect,” he said.

5. "Choosy" New York Times bought a social influencer platform called HelloSociety. Times CEO Mark Thompson told Ad Age that its latest acquisition--the first one in his three and a half years as CEO--is an important piece in the company's branded content business. "Innovative and non-standard forms of distribution" and effective use of social media are both client priorities, he said. The platform claims its influencer-created content performs an average of 77% better than content produced by brands themselves.