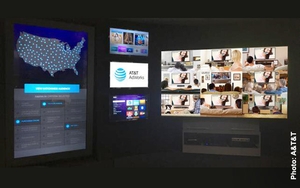 The company says there will be more than 100 events customized for specific advertisers across the country -- helping marketers learn how to best use addressable advertising in reaching targeted audiences.

The company said it would show off its linear addressable TV efforts and and cross-screen addressable opportunities.

DirecTV and U-Verse TV have around 75 cable advertising networks, where it retains roughly two minutes per hour of advertising inventory.