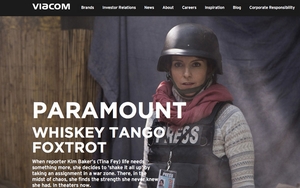 Making good on its effort to push for more non-Nielsen based advertising deals, Viacom has made an agreement with up-and-coming media measurement firm comScore, in an extensive multi-year cross-platform deal.

The deal is comScore’s first major pact since its merger with TV and film measurement service Rentrak, a $768 million deal that closed in February of this year. In a joint press release, the companies said: “The alliance represents a turning point in the business of television and advanced currency.”

In addition, Viacom hopes to benefit from comScore’s data on consumer behaviors such as shopping and leisure activity, and geolocation information.

Viacom has recently launched a number of new data-driven ad products, research and partnerships -- all ahead of the upfront advertising selling season.

In February, comScore said it is developing a “Total Home Panel,” intended to measure multiscreen viewing at the household and program level across smart TV devices.

With the merger, comScore now says its cross-platform tools are from a population that covers more than 40 million TV sets and 120 million video-on-demand users in 210 markets across the United States.

Viacom has seen overall declining ratings for many of its networks over the last two years -- though some channels in recent months have seen slight viewership improvements, including VH1, Nickelodeon and Nick at Nite.

The company also has seen a sinking stock price over the past year.