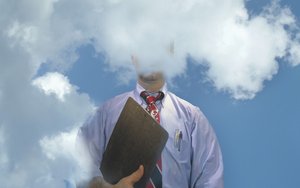 The ability to support a rapid evaluation model for hardware, run the business on cloud computing, and use machine learning to quickly compute data will become the basis for all successful companies within five years, he told attendees at the GCP Next 2016  conference in San Francisco Wednesday.

Schmidt likened the model to the industry's transition to mobile apps five years ago that created the modern corporations of Uber, Snapchat and others.

Before introducing Schmidt, Diane Green, senior VP at Google's enterprise business and founder of VMWare, said the cloud infrastructure allows Google to power the biggest search engine in the world, but now brings the technology to enterprises through cloud technology. Google's biggest data center in Iowa and infrastructure, invisible to customers, underpins all services the company offers, she said.

Green talked about three future focuses: security, machine learning, and the transition to the next generation of the cloud.

One of the big differences that companies will see is the pricing models. "Cloud vendors should be doing the capacity planning, not the customers committing long-term," Green said, who believes Google will function as an applied R&D team for its customers.