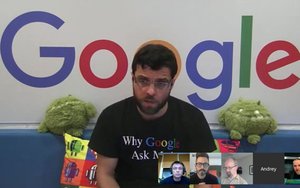 Whether it was a slip of the tongue or intentional, a Google strategist during a Hangout revealed the top three factors the search engine considers when returning results to search queries. Until now those factors have remained top secret.

Lipattsev did not put the three factors in order, and these three are not the only important factors. The factors also include quality, speed, keywords, page and code structure, authority, reputation, among others.

Jennifer Slegg, search engine marketing consultant and author, wrote in a blog post that RankBrain may not be the third factor that Google considers when returning search engine query results. It could be the third most important for some queries, but not all.

"RankBrain doesn’t have the same impact on all queries, since we know it has the largest impact on those 15% of queries that are brand new to Google," which is helpful on long-tail queries, she wrote.

The third-place ranking factor "is a hotly contested issue.  I think it’s a funny one. Take this with a grain of salt," Lipattsey said during the Hangout.

Lipattsev said that interest around a specific subject can continuously change the position of the content in search queries.

Rand Fishkin, founder of Moz, commented on Lipattsev's openness during the discussion.

Those participating in the Google Hangout -- Ammon Johns. online marketing and SEO pioneer; Bill Slawski, director of search marketing at Go Fish Digital; Eric Enge, CEO at Stone Temple Consulting; and Fishkin -- spoke about a variety of ranking factors such as behavior, quality and understanding the content that appears on the page.