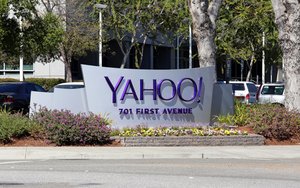 Microsoft has been exploring the possibility of financially backing the private-equity firms considering the purchase of Yahoo's core businesses -- search features, news Web sites, and mail services, according to one report.

One source tells Search Marketing Daily that Microsoft will make an aggressive push in search to take back control.

Microsoft has a lot riding on Yahoo's future, especially when it comes to search advertising. The two companies have longtime partnerships fixed firmly in search and advertising, which suggests that Microsoft would have an interest in making sure the acquirer remains a good partner.

"Microsoft continues to invest in having a presence in search, making it work their while to invest some cash," said Brian Weiser, senior research analyst at Pivotal Research Group. "Cash is not a scarce asset for them."

Everything depends on the structure and the assets bought and acquired, he said. There are many variables up in the air.

So, does Microsoft want the assets or does the company want to influence who acquires Yahoo because of its investment?

"Yahoo has some strong product development activities going on relative to search that, given how much Microsoft is looking to accelerate their market share, could certainly help," said Scott Shamberg, U.S. president at Performics.

Sources told Re/code that Yahoo's board said the company wants $10 billion for the sale of its assets.

The news broke the same day that activist shareholder Starboard Value submitted a proxy challenge to name its own Yahoo board of directors, replacing the current one.

Yahoo released a statement acknowledging that Starboard Value had nominated the nine directors during the company's 2016 Annual Meeting of Shareholders. In the letter, Starboard said the board and management have failed to live up to their own promises, and should not be trusted with the decision on whether or not Yahoo should remain an independent company.

Reports suggest that bidders now include AT&T, Verizon and Comcast, with talks with private equity other investment firms will come next, including Advent International, Vista Equity Partners, TPG, and KKR.

Last year, Verizon turned its focus to mobile and online advertising with the acquisition of AOL. Yahoo's businesses could complement, if not complete, the strategy.