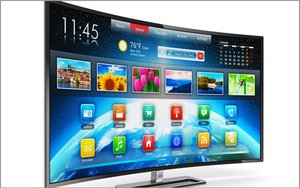 The agency plans to conduct a seminar Dec. 7, addressing questions including how much consumers understand about tracking of their TV-viewing, how the ad industry is using data about the programs people watch, and how best to protect consumers' privacy.

Smart TV manufacturer Vizio is currently facing a federal lawsuit for allegedly sharing information about people's viewing histories with ad tech companies and data brokers. That lawsuit came shortly after ProPublica reported that Vizio tracks television viewers by default, and then shares data with companies that send targeted ads to people's phones, tablets and other devices.

The FTC separately plans to examine privacy issues raised by drones, as well as questions raised by the growing problem of "ransomware."

"With alarming frequency, ransomware hackers are sneaking into consumer and business computers, encrypting files containing photos, documents, and other important data, and then demanding a ransom in exchange for the key needed to decrypt the files," the agency stated. "Consumers, businesses, and government agencies are falling prey to these schemes, including hospitals whose servers may contain sensitive patient data."

The ransomware seminar will occur on Sept 7, and the one on drones will take place on Oct. 13.