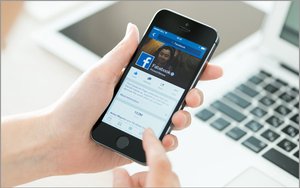 Going forward, third-party in-app native ads will grow at an annual average rate of 70.7%, according to a new study conducted by IHS and commissioned by Facebook Audience Network.

Utilities, news and social apps are championing in-app native advertising, while the gaming sector is more hesitant to adopt the new ad formats.

And, there’s good reason for all this growth.

By contrast, native ads result in up to three times higher user retention,  while native ads were less likely to be subject to consumer “banner blindness.”

The key challenges to adopting native advertising by app developers and publishers include a lack of awareness of native ad formats, and restricted infrastructure and technology.

Still, developers are also struggling with limiting scale, the low sophistication of native ad formats, and a lack of universal pricing and measurement.

For the purposes of its study, IHS used the IAB/MMA definition of native advertising, which states: “Mobile native advertising is a format of advertising that takes advantage of the form and function of the surrounding user experiences, all of which are indigenous to the wide variety of mobile devices.”

As the IHS notes, native ads are distinct from content marketing, which aims to match content and format. By contrast, native ads -- particularly those found on mobile devices -- match the style of the site or app where they appear.

As part of its study HIS said it conducted more than 70 in-depth interviews with industry stakeholders -- from publishers to ad agencies to trade associations -- across 25 countries.