Native To Drive $53 Billion In Ad Spend, 62% Of All Mobile Display Advertising 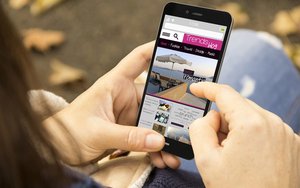 Some 83% of advertisements running on Facebook's Audience Network are native, with more than 50% of the apps on the network using native advertising units exclusively, rising sharply in the past year. More marketers have begun to tie native ads to search campaigns, attracted by the images and ability to buy the media through programmatic channels.

Along with the trend toward mobile, marketers tell Search Marketing Daily that images in ads have helped Facebook dominate the mobile display market in which the report now estimates takes 44.3% of the global market share.

Native in-stream ads will drive $53.4 billion in revenue by 2020, and contribute 63.2% of all mobile display advertising, primarily driven by in-app native advertising, which recorded revenue of $13.6 billion in 2015. The report suggests that the growth of native is linked to the rise of Facebook in-stream ads.

The study, conducted by IHS, includes more than 70 interviews with industry experts from publishers and app developers, agencies and advertisers, trade associations, ad tech vendors and networks in 25 countries. It focuses on in-app mobile display native advertising and did not consider content marketing and mobile paid-for-search in its findings.

The key findings include:

3)    Third party in-app native advertising is growing quickly. It is forecast to rise at a 70.7% compound annual growth rate between 2015 and 2020, amount to $8.9 billion and account for 10.6% of mobile display advertising.

6)    Utilities, news and social apps are the champions of in-app native advertising, while games are more hesitant to adopt new ad formats.