NBCU Offers 'Guarantees' Based On First-Party, Other Data For Marketers 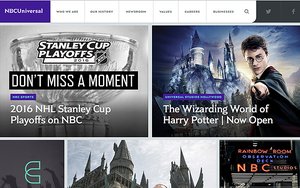 NBCUniversal now joins other networks in offering “guarantees” that are not based on traditional Nielsen ratings, calling it a “new currency.” NBC says it will guarantee “the targeted delivery of optimized investments as the exclusive currency” with “select” marketers for the 2016-2017 upfront market.

Under its Audience Targeting Platform product, NBC says it will match each advertiser’s unique first-party data with data from other sources -- including NBCUniversal viewership data from Comcast set-top-boxes and other third-party research.

Mike Rosen, EVP of advertising sales, news and Hispanic groups, NBCUniversal, stated: “The driving force behind all of our data-driven innovations is NBCUniversal’s ability to identify and aggregate distinct audiences at scale.”

Responding to NBCU's announcement, Kelly Abcarian, senior vp of product leadership for Nielsen in an email to MDN said: "While secondary guarantees might be made on an ROI metric versus a reach metric, Nielsen audience and buyer data is often used as a key ingredient in these systems, acting as a foundational element that underpins everything... The industry still needs age and gender based measurement for large scale ad campaigns."

In addition, NBCUniversal says it will incorporate its own first-party information, including data from Fandango and GolfNow, as well as first- and third-party consumer data. All of those sources will combine to identify client-specific inventory across NBCUniversal’s national broadcast and cable networks at the program level.

Fox Networks Group said recently that it will offer guarantees for advertisers using first-party marketers' research and other sources.