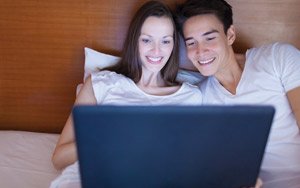 U.S. domestic advertising revenue grew 13.7% to $487.3 million. Analysts estimate that it will climb around 9%.

In addition, Scripps witnessed higher viewership in the quarter -- 4% higher for 18-49 viewers in Nielsen C3 ratings (the average commercial minute rating plus three days of time-shifted viewing) and 11% more in overall viewers.

Analysts note that Scripps is one of the few media network companies to witness higher viewership and advertising revenues.