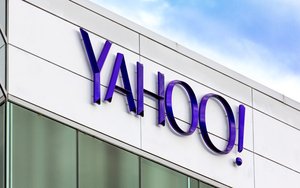 Synacor, a little-known tech company, landed a multi-year contract with AT&T -- once owned by Yahoo -- to run services across desktop and mobile portals.

Himesh Bhise, Synacore CEO, told analysts during a call that the deal will bring in about $100 million annually after it fully deploys and the company migrates customers, targeted for 2017.

Synacor's deal with AT&T means the end of a 15-year deal with Yahoo, according to one report.

During the next year, Synacor will spend $10 million to support AT&T. The investment will go toward setting up a team of people focused on AT&T who will allow Synacor to develop functions and features that its new client wants to offer customers, Bhise said during the call.

The Wall Street Journal reports that Synacor will split the search and advertising revenue with AT&T. The deal gave AT&T broadband customers access to Yahoo’s search engine and other media services on the default AT&T Web site.

Bhise said the "portal and platform development" will benefit all its customers. The increased scale of traffic will allow the company to add more content and improve search and advertising monetization across its network.

For AT&T, the switch in partners could have been prompted by a speculative deal between Yahoo and Verizon. Rumors suggest that Verizon will have some say as to Yahoo's future.