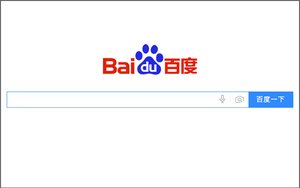 Chinese government officials went searching for answers from the Chinese engine Baidu into the methods it uses to serve paid-search ads after Wei Zexi, a college sophomore, died from following bad cancer treatment advice in advertising that served up in its query results. The findings will prompt Baidu to add "credibility" into its ranking algorithm, which helps to determine the order in which advertisements and content return in query results.

Baidu says that it marks its advertisements as promotions and screens for "misleading adverts and [has] a verification program with additional scrutiny for medical advertisers."

Following the investigation, Chinese officials told Baidu to change the way it displays search results, saying the ads are not clearly labeled. They also lack objectivity and heavily favor advertisers.

Zexi's parent found the treatment advertised in Baidu's search results. Prior to his death in April, Zexi criticized the military hospital that provided the failed treatment for misleading claims about its effectiveness, and accused Baidu -- which controls the majority of the Chinese search market share -- of promoting false medical information in its search results, according to one report.

Chinese locals have expressed anger at the government for not doing more to protect consumers who are confused by the accuracy of search results.

On Tuesday, Baidu founder Robin Li, in a letter to employees, wrote that the company's "values have been squeezed out of shape" by the pursuit of higher revenue, according to one report. And that "in the middle of the night, I often think, 'Why do so many daily Baidu users no longer love us? Why do we no longer feel a sense of pride in our own products?'"

In addition to changing its algorithm the company has set aside 1 billion yuan, or $153 million, to compensate victims of fraudulent marketing information.