Women Have Deeper Pockets Than Men On Mother's Day 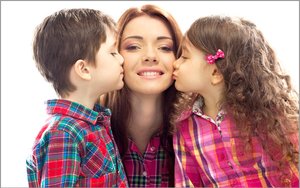 While it's a day to celebrate mothers, women spent 18% more than men on gifts for Mother's Day 2016 -- up 13% compared with the prior year, according to data released Friday.

The report shares insights around search activity of shoppers looking Mother’s Day 2016 gifts. The company will release the findings at the company's invitation only Search Marketing Bootcamp event this coming week.

Prior to Mother’s Day 2016, consumers spent 52% more on mobile devices searching for the perfect gift.

The best last click channel was paid search, with nearly 40% of the revenue, followed by organic at 19% and email at 10%.

About 40% of online shoppers clicked on paid-search ads immediately prior to purchase.

Compared with holidays like Valentine's Day, where Millennials are the top-spending group, top spenders for Mother's Day range between 35 and 44 years of age. This age group spent marginally higher than Millennials this year.

The team at iQuanti, a data-driven digital marketing company, also looked at how Google searches around Mother's Day compared with Father's Day searches during the relevant months in previous years. Looking at monthly U.S. search volumes in April and May for Mother's Day-related searches during the past two years, iQuanti saw a major decline of about 45% from 30 million searches in 2014 to about 16.5 million for the same period in 2015.

For Father's Day-related searches during May and June of those years, the team found only a slight decrease of about 2% from about 14 million related searches to about 13.7 million during the two-month periods.