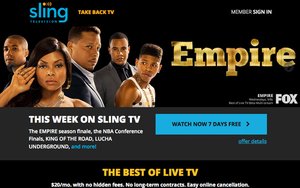 Traditional pay TV providers had a mixed first quarter when looking at subscribers for their video businesses.

The bigger picture shows that cable, satellite and telco providers had a net improvement of 10,000 video subscribers, according to Leichtman Research Group. That's compared to a gain of 170,000 in the first quarter of 2015 for the 13 largest pay TV providers. These figures represent about 95% of the market -- 94.2 million subscribers, and include business from Dish Network’s over-the-top Sling TV business -- which along with DirecTV -- meant a rise of 305,000 subscribers.

Without Sling TV, Leichtman says satellite TV providers pulled in 175,000, which means a net loss of 118,574 subscribers when it comes to the traditional pay TV video business.

Either way -- not a good first three months of the year. "Overall, the traditionally strong first quarter for the pay-TV industry was tepid this year,” says Bruce Leichtman, president and principal analyst for Leichtman Research Group.

Still, the top cable providers gained 50,000 video subscribers in the quarter, against a loss of 65,000 a year ago for the same period. Individually, Comcast Corp. had the best results for a cable operator -- up 53,000; Time Warner Cable was next best, gaining 21,000.