Outdoor Ads Up In Q1, Spurred By Digital OOH 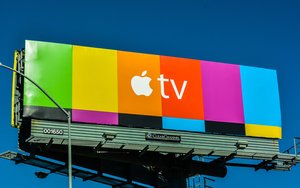 While other traditional media have their ups and downs, outdoor advertising has enjoyed slow but steady growth for the better part of a decade, a trend that continued in the first quarter of 2016.

According to the Outdoor Advertising Association of America, total out-of-home ad revenues edged up 3.3% from $1.59 billion in the first three months of 2015 to $1.64 billion during the same period of this year.

That marks the 24th consecutive quarter of year-over-year growth, the OAAA noted – a recent record unmatched by any other local media when measured on a national scale.

The OAAA’s measurement is based on an analysis of data provided by Kantar Media and Miller Kaplan, and includes billboards, street furniture, transit ads, alternative formats and cinema ads.

As in previous quarters and years, the industry organization attributed this growth to growing demand for digital out-of-home ads, as well as print formats. Out-of-home ads are also benefiting from ubiquitous mobile devices, which allow consumers to interact with billboards and provide a new way for outdoor advertisers to both target and measure audience response to their ads.

Fast-growing categories for OOH in the first quarter included miscellaneous local services and amusements, restaurants, automotive dealers and services, media and advertising, and retail, per the OAAA.

The fact that OAAA continues to report quarterly revenue figures for the outdoor industry is noteworthy in itself. Counterparts serving other media sectors have nixed quarterly reports after these became steady drumbeats of bad news.

Also, the Radio Advertising Bureau axed its own quarterly revenue reports in 2015.