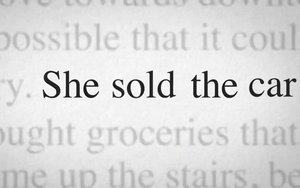 Facebook Founder Mark Zuckerberg earlier this week announced that its engineers are building an artificial intelligence (AI) engine to understand the meaning and sentiment behind all of the text entries that its social media members post.

Deep learning -- DeepText -- will help the technology that processes information and language from posts on the site much faster. Identifying intent from the words without the individual actually writing out what he or she means by using specific words offers the possibility to create a powerful search engine.

It's done by using several "deep neural network architectures like convolutional and recurrent neural nets, and can perform word-level and character-level based learning, according to a post.

While deep learning makes a general classification to determine the topic of the post -- or recognizes entities such as the names of players, stats from a game, and other meaningful information -- AI helps to get closer to how humans think and communicate.

AI helps machines understand slang and increases the meaning and sense of words. If someone refers to a cougar, does it mean the car, the animal or an older woman dating a younger man? If someone says, “I like apple,” does that mean the fruit or the company?

Interestingly, Facebook is testing DeepText in Messenger. It's being used by the AML Conversation Understanding team to determine intent. In this example when someone might not need a ride or taxi when the person writes "something like 'I just came out of the taxi,' as opposed to 'I need a ride.'"

In May 2015, I wrote a post outlining how Facebook has the knowledge to build a sophisticated search engine to identify intent. Deep Text is the next step.

This state-of-the-art approach to processing natural language has the ability to understand intent without the individual typing the exact words like "I want to buy a baby stroller." It helps to turn unstructured data into structured data, so Facebook can better understand the text.
artificial intelligence, facebook, intent, natural language, search, social media
Next story loading