Stores Should Shake Their Millennial Myopia 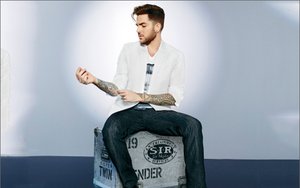 Sales of clothing at department stores are spluttering, and a new industry report suggests the problem may lie in retailers’ obsession with all things Gen Y.

It’s true that Millennials do buy more clothes, proportionately, than their Baby Boomer of Gen X counterparts, and that explains why retailers like Macy’s, Kohl’s and Target pursue them relentlessly.

The research, from consultancy A.T. Kearney and the NPD Group, a marketing research company, finds that Gen Y shoppers are between 1.5 and 2.4 times as likely to have bought three or more items in a category in the last six months.

But they still only account for 38% of apparel sales in the United States.

“Retailers tend to think of consumers in groups of generations and make many generalizations about them, and to a degree, that makes sense,” says Hana Ben-Shabat, a partner at A.T. Kearney and co-author of Age Isn’t Everything. “You have to develop products and find some economies of scale. But stores are missing a lot of the nuance.”

In fact, while there are four key areas where Gen Y is the driving force — jeans, activewear, dresses and bras — retailers run risks by excluding older shoppers.

Life stage can be equally important, she tells Marketing Daily. “Parenthood turns out to be a big influence, with those people with young kids — whether they are in their 40s or their 20s — more apt to buy jeans and activewear than those who are childless.”

And she says it’s also essential for retailers to recognize that the Millennials they’ve been chasing can have very disparate needs. “Millennial parents behave very differently than Millennial non-parents.”

And lifestyle is also a major driver of purchases, with physically active shoppers buying more clothes — in all categories — than those who are less fit. Those who are most interested in fashion, not surprisingly, the heaviest buyers of all types of clothing.

The report is based on responses from more than 2,300 respondents.

“Everything needs to be balanced,” she says, and just as retailers have failed by over-focusing on Baby Boomers, they can stumble by too fierce a focus on Millennials. “Retailers should be asking themselves, ‘How do I subsegment within a segment? Do I understand the fashion-forward shopper, as well as the one looking for basics?’ If they are only looking at ages, it can be very misleading.”