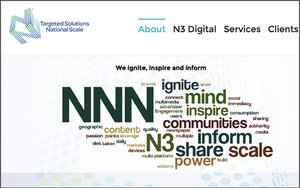 After more than two decades selling advertising on behalf of the nation’s biggest newspaper publishers, the Newspaper National Network is closing up shop at the end of this month, the organization announced Tuesday.

Explaining the decision, David Chavern, president and CEO of the Newspaper Association of America, which is a partial owner of the NNN, stated: “The partners felt the need to invest in an alternative go to market strategy, focused on emerging digital opportunities and ROP [run of paper] advertising, rather than significant capital investments in NNN at this time.”

Founded by a consortium of newspaper publishers in 1994, when the Internet was in its infancy and print newspapers still dominated news consumption, NNN provided a crucial service for publishers, media agencies and brands by enabling advertisers to execute national ad campaigns across multiple publishers, eliminating the need to make each buy separately.

This was especially important for a mature medium like print newspapers, divided into regional fiefdoms and further separated by ruthless competition within markets, making cooperation even more difficult.

At the time of its demise, NNN is owned by 20 newspaper publishers, as well as the NAA. Over the years, the NNN claims to have generated around $3 billion in ad sales for newspapers through national ad sales.

The NNN also played an important role by introducing new research tools that allowed publishers to demonstrate the value of newspaper advertising to clients and helped advertisers craft national campaigns across varied markets.

The newspaper industry continues to operate under duress, challenged by the decline of print circulation and advertising revenue, as well as slow digital ad growth that has mostly failed to offset these drops.