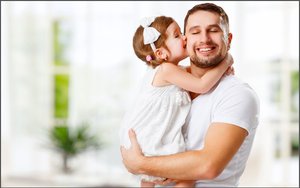 Father's Day-themed emails have a lower open rate than general emails, according to new data from Yesmail, raising questions as to how marketers should prepare for the upcoming holiday.

The email marketing company analyzed more than 128,000 emails sent in the two weeks preceding Father’s Day in 2015 and 2014, comparing the engagement rates of Father’s Day-themed campaigns with general marketing newsletters.

While general newsletters had an open rate of 10.9% during the study’s time period, emails that alluded to Father’s Day in the subject line had a slightly lower open rate of 10%. Click-through rates were also higher for general emails when compared to holiday-themed outreach.

Although Father’s Day campaigns saw lower engagement rates, they performed significantly higher than general marketing newsletters in terms of conversion rates. This confirms that subscribers who did click on a Father’s Day-related email did so with intent to purchase.

While general emails converted 1.7% of readers, campaigns tying into the holiday converted 5.4% of readers, according to Yesmail’s study. The conversion rates of Father’s Day-related email campaigns also doubled year-over-year, from 3.1% in 2014 to 7.2% in 2015.

Brand marketers should deliver relevant content to consumers on an ongoing basis to build customer relationships, and an annual editorial calendar can benefit strategic marketers who plan ahead.

“Many brands treat non-major holidays as an afterthought and, as a result, are not able to capitalize on the major opportunity these events present,” writes Ivy Shtereva, director of marketing at Yesmail, in a blog post. “Marketers need to embrace seasonal planning and dedicate the time and resources to develop a comprehensive marketing strategy that utilizes energy moments from the premiere of Game of Thrones, to Father’s Day, Halloween, or the Olympics.”

Father’s Day spending is expected to reach a record high of $14.3 billion this weekend, according to the National Retail Federation’s (NRF) annual survey. A poll of 7,200 consumers reveals that Americans plan to spend an average of $125.92 for the holiday, an increase from $115.57 in 2015.

A family outing is the most popular gift planned for 2016, according to the NRF, with 47% of consumers planning to spend money on a special outing or fun activity, such as a brunch or dinner.

This coincides with what fathers are expecting to receive this year, according to a recent study by cash-back shopping site Ebates. Events such as a vacation or tickets to a sporting event were the most popular gifts fathers that want to receive, per a poll of over 1,000 U.S. adults.