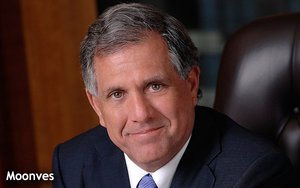 CBS’ Les Moonves says the current upfront market for the network is very strong -- much better than a year ago.

Speaking at the Cannes Lions event, the chairman/CEO of CBS said: “Upfront selling is happening as we speak, and it’s going phenomenally well. We had a rough year a year ago at the upfront and that’s because people were confused about digital.”

Estimates are that networks are getting anywhere from 8.5% to 12% to 13% price increases on the cost per thousand viewers. It hasn’t been determined where the overall broadcast TV upfront dollar volume will land.

Networks are also continuing to package more digital TV premium advertising of shows, with programs running on their digital apps/platforms, into traditional linear TV upfront deals with advertisers. Moonves said: “We’ve figured out the combination of television and digital is extremely effective.”

Although it took some convincing, Moonves now believes OTT services like CBS All Access will be a big business. In that regard, CBS All Access is launching one of CBS’ “crown jewels,” a new “Star Trek” starting in January -- not on the traditional linear CBS network.

Many executives believe TV networks are benefiting this year from a return of ad revenue from digital advertising -- thanks, in part, to concerns over digital ad-blocking, transparency, ad fraud and viewability issues.