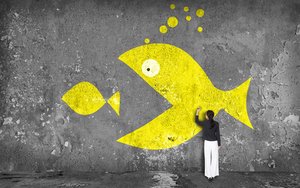 The push by a traditional publishing house into online media is not new, but the technology Gannett picks up with the $156 million acquisition of ReachLocal, based in Woodland Hills, California, will likely prove that old dogs can learn new tricks.

Gannett said the deal will expand its digital revenue by about 50%, per The Wall Street Journal, bringing along more than 16,000 customers -- mostly small-to-medium size businesses. The bigger opportunity for Gannett will come from search advertising, social media, and tying print to a local location-based mobile services targeting platform that ReachLocal has been building out for years.

In May 2015, ReachLocal launched the first version of its hyperlocal search advertising platform for mobile. Based on geofencing, the ad platform focuses on near-me targeting. The real-time targeting radius of ReachDisplay InApp reaches between 100 yards and 5 miles from a business location -- even a competitor's.

The hyperlocal targeting has helped ReachLocal move from red to black. In the fourth quarter of 2015, analysts began to see improvements, and then in Q1 2016 the company reported revenue of $78.7 million.

ReachLocal returned to growth during the second quarter of 2016, according to a research note published in early June by analyst firm PiperJaffray. New products during the quarters that led to growth include listings, search engine optimization, and programmatic social ad placement through a platform the company calls ReachSocial Ads.

Social ad placement and CRM continue to drive improved sales, but the company has faced several difficult years after restructuring its salesforce, according to the published note.