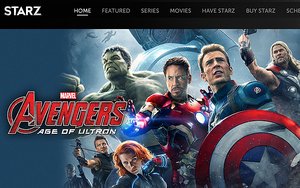 Jon Feltheimer, CEO of Lionsgate, said in a press conference that the deal will look to bolster both companies -- creating a “global content powerhouse” as well as achieving "significant synergies.”

Chris Albrecht, president/CEO of Starz, whose contract was just extended through 2020, will remain with the new company, joining Lionsgate's executive committee.

Lionsgate, the producer of “The Hunger Games” movie franchise and “Orange is the New Black” on Netflix, is a minority investor with Viacom and MGM in a competing premium cable TV network Epix. It also has a joint venture with CBS in the basic cable TV network Pop.

Lionsgate claims to be largest independent TV business in the world, with 87 original series on 42 U.S. networks and a feature film business generating over $7 billion in global box office revenues over the past four years.