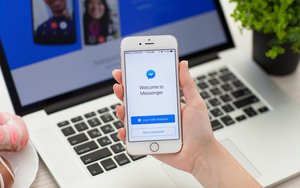 This comes three months after the service had reached 900 million MAUs.

WhatsApp reached 1 billion after seven years as a standalone app, and reached that milestone under the auspices of Facebook. Messenger has achieved the same in four years.

Every day on the platform, users and businesses send 7 billion photos, 1 billion messages, 22 million gifs. So far, users have played the equivalent of 975,000 NBA season’s worth of the service’s basketball minigame, and 250 million games of soccer.

Messenger started out tethered to Facebook, but only started to grow once it became an OTT service in its own right, spinning off into its own app (much to the chagrin of users at the time), not requiring a Facebook account or for users to be Facebook friends in order to communicate. Now more than 10% of the world’s VoIP calls happen over the service.

SMS is still a big player in the messaging space. In order for Messenger to reach its full potential, it will have to absorb those users that stick with text.