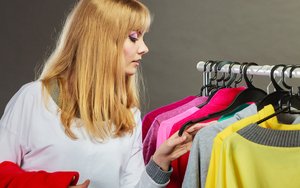 Once considered only a point-of-purchase and in-store channel, shopper marketing — thanks to technology — has grown to involve the entire omnichannel experience.

Building on an earlier study this year from the Association of National Advertisers and PQ Media that found investment in shopper marketing programs is expected to increase nearly 6%, to $18.6 billion by 2020, a new report from the ANA and GfK notes mobile has become a key component of shopper marketing efforts, with marketers attempting to engage consumers not only in stores, but also post-visit and through geolocation technologies.

“[Shopper marketing] was originally that ‘last moment of truth’” before making a purchase, says Sarah Gleason, senior vice president of shopper and retail strategy at GfK. “Marketers are now starting to realize there’s a wide range of behaviors where a shopper can be influenced by their brand or a competitor.”

After surveying 185 B2C and B2B marketers, the ANA and GfK found the idea of shopper marketing has shifted from a short-term sales drive into a tool to motivate shopper behavior. The definition for shopper marketing has now come to encompass the time from when a consumer decides he or she needs to make a purchase to the the time of that actual transaction, Gleason says. That can involve everything from initial research to in-store decision making involving prices, features and brands, she says.

“What happens at every point along that path is shopper marketing,” Gleason says.

Marketers are also finding that having a shopper marketing discipline is a distinct advantage. More than half (51%) of those surveyed said they felt having a dedicated shopper marketing team was a competitive advantage and that the practice reflected a convergence of brands, shoppers and retailers.

“Although it’s been around for 10 years, it’s still evolving dramatically,” Gleason tells Marketing Daily. “Many companies are still figuring out what they need to do for shopper marketing.”

At the same time, many marketers feel they have yet to tap into the full potential of shopper marketing. According to the study, only 40% of the respondents felt their organizations were adequately investing in shopper insights.

“Most of the time, if you’re looking at research budgets, funding shopper marketing insights is going to come at the expense of [broader] consumer insights,” Gleason says. “And [many marketers] aren’t willing to do that yet.”