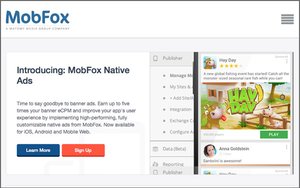 Matomy, a worldwide media company, announced today that its mobile ad platform MobFox has partnered with Pixalate, an ad fraud protection and data intelligence specialist. The partnership will aim to solve some of the pain points in the programmatic ad space, specifically in regards to ad fraud.

MobFox works with a large number of demand-side platforms (DSPs), ad networks, and publishers. Pixalate monitors impressions, domains and IP addresses to build a coherent view of traffic and filter out fraudulent sources.

“We make it our priority to work with companies that have developed proven data-driven technologies and solutions that will help us provide advertisers better results, by optimizing away from fraudulent traffic,” stated Kumaran Sambandam, VP at MobFox Exchange. He said the partnership will continue to “expand our capabilities in mobile and programmatic advertising, by preventing ineffective ad spending.”

Ad fraud is adding up to about $8 billion in lost revenue yearly, which makes it a significant threat to the advertising market. That number is only going to rise as advertisers close the opportunity gap between time spent on devices and dollars spent on ads.