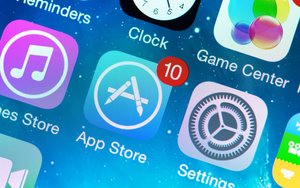 Apple’s App Store, already a dense warren of apps that most people don’t use and can’t find, is set to expand drastically in the next few years. That is, if historical growth continues, according to a research project by Sensor Tower.

Based on data stretching back to the App Store’s launch in 2008, the active app catalogue in the store will increase by 73% from the end of 2016, reaching a total of 5 million apps.

“The forecasted and historic figures… account for worldwide active apps on the store at the end of each period, as opposed to the total number released (or projected to be released) in past or future years,” writes Randy Nelson, Sensor Tower’s head of mobile insights, in a blog post on Sensor Tower’s site.

Games are the tip of the spear for that growth: 48,231 new apps debuted on the store in May, with the Games category accounting for approximately 43% of that figure at nearly 21,000 new games added for the month.

Sensor Tower notes that Apple will have to deal with the App Store discoverability problems writ larger if their predictions hold true. Apple has already made steps to combat the issue, including launching new categories and beginning work on search ads, but that will likely not be enough.

“Some of these improvements will likely come in the form of user interface upgrades, while others may very well benefit from Apple’s accelerated push into machine learning,” writes Nelson. “It’s not unrealistic to imagine a near-future App Store assistant that learns from user behavior to deliver customized recommendations, intelligently surfacing new apps, based on behavior patterns or even conversations with others.”