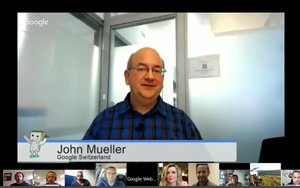 Google gave a warning Monday that it will move Hangouts On Air in Google+ to YouTube Live, which the company announced at VidCon earlier this year.

As of Sept. 12, users will no longer have the ability to schedule events on Hangouts On Air. They will need to move existing events scheduled to happen after the cutoff date to YouTube Live.

Hangouts On Air is used by a variety of Google employees, such as Google Webmaster trends analyst John Mueller, as well as Google+ Users.

Google provided explicit instructions on how to make the switch, schedule live broadcasts and control who can see the broadcast. The instructions also provide details on how to start a live question-and-answer session with an audience during a presentation with Google Slides. Users can present questions at any time, and people can ask questions from any device.

Google's move to support live streaming on YouTube directly reflects its rivalry with Facebook, which launched its own streaming service in April.

"Video is what it’s all about on the Internet these days," he wrote. "Facebook’s video innovations, including Live Video and 360 Video, should lead to continued user growth and engagement on the platform; current viewing averages 8B videos per day."

Facebook CEO Mark Zuckerberg announced the feature at the F8 developer conference earlier this year. The features on Facebook and YouTube allow anyone with an account to start streaming a live event. In Facebook, the live stream appears on the person's newsfeed and shared with friends.

Similar to YouTube, Facebook has an option to limit the visibility to members of certain groups and events.