YouTube: We're Not TV, But Here Are Some New TV Shows 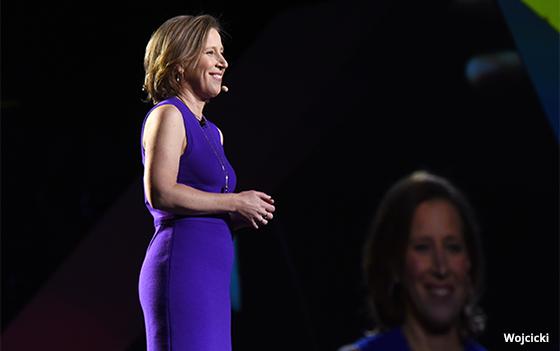 It’s odd that an attendee at YouTube’s Brandcast extravaganza might have arrived anticipating an act of world-class contrition to come over the erupting brand safety issue. In the first moments of the evening, CEO Susan Wojcicki fulfilled the requirement, though, possibly not with enough obvious groveling.

"We have taken your feedback to heart. We apologize for letting some of you down,” she said, addressing the brand safety issue and the estimated 250 advertisers that abandoned YouTube and Google over their good ads ending up on bad places at YouTube.

“You told us to do better when it comes to ad placements, and I want you to know we’ve taken your feedback to heart.”

She said YouTube is working with “trusted third parties,” including Integral Ad Science and comScore, to ensure ads from legit companies don’t end up on lousy sites.

Wojcicki tried to frame the controversy as just one of those things that happens when, as she noted, a billion hours of video is watched on YouTube every day, with no signs of slowing down. “We realize that with creativity and openness comes challenges.”

That awkwardness out of the way, YouTube's evening raced ahead. Wojcicki now says YouTube has more 18-49 viewers watching it on mobile devices than they watch any TV network in prime time. And though she stated clearly — “YouTube is not TV and never will be” — a lot of the night was devoted to YouTube’s foray into something that seems a lot like television.

And commercial television at that.

A year or so after debuting the pay version YouTube Red, chief business officer Robert Kyncl touted a new batch of YouTube programs designed for sponsors and the free version of YouTube.

“Why now, after all these years, do we feel the time is right for ad-supported originals? Frankly, because they’re becoming more and more rare,” he said. Just a handful of years ago, almost all television fare was sponsored. Today, Kyncl said, about a third of it is commercial-free.

So there’s a gap in the market. 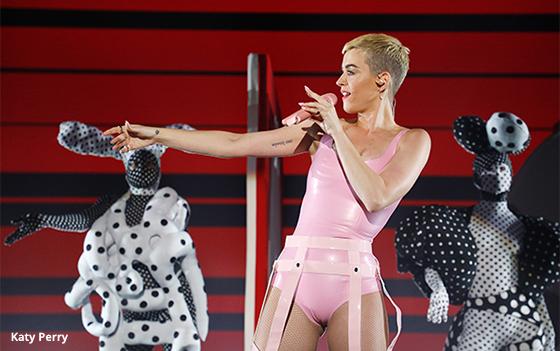 In addition, Katy Perry will host a live event, in which she will unveil her new album and talk about it, track by track with fans. She was also the musical act at the Brandcast event.

The move toward commercial television-like programming points to another fact of YouTube life. Though it is overwhelmingly watched via mobile devices, Wojcicki pointedly noted the TV in the living room is where YouTube’s viewership is now growing the most.

(Ironically, YouTube TV, its new streaming service, was barely mentioned, and also has limited ability to be streamed on TV screens at this point.)

A portion of the evening was hosted by CBS late-night star James Corden, who proved to be a powerful spokesman for YouTube. Unknown in the U.S. a little more than two years ago, yet picked to front for a TV show that starts at 12:30 a.m., he said he doubted the wisdom of what he was doing.

“I’m basically one cooking segment away from ‘CBS This Morning,’ ” he joked. But watching YouTube, “I realized I didn’t have to make a talk show for any time period.” In short order, Corden’s YouTube channel amassed 2.8 billion views and 10 million subscriber in record time.

His CBS show, once shown in eight other countries, is now seen in 155, he said, fully crediting YouTube for it. “You’ve changed everybody’s lives,” he said. “You really, really have.”