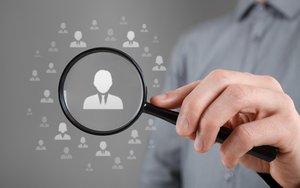 In a benchmark study in 2009, The Boston Consulting Group found that just 10% of companies studied had reached stages where consumer insights (CI) are actually being used to guide business decisions, or as a source of competitive advantage.

In a just-released follow-up study, conducted in late 2015, only 20% of companies were found to have reached one of those advanced functional stages.

Many organizations still “have a long way to go” and have “barely evolved” on this front in the six years since the first study, reports BCG. Despite 2015 participants’ talk of “vision, transformation and restructuring, and despite consumers’ rising expectations, the pace of change has been glacial,” says the report.

"Despite their best intentions, most companies and executive teams spend most of their time looking inward," Christine Barton, a senior partner at BCG in Dallas and an author of the report, tells Marketing Daily.

Harnessing CI is becoming ever more critical. Consumer-facing companies in the U.S. and other developed economies have seen little or no growth since the global recession of 2008 and 2009.

As a result, CEOs, business-unit leaders and CMOs are looking to leverage new, external sources of customer information, including big data, digital and social media behaviors, and even biometrics. They’re also experimenting with predictive methods for anticipating customers’ behavior, and trying to advance CI functions so that they can provide more relevant recommendations and ongoing execution support.

But senior executives are finding that their internal organizations “don’t know how to use and integrate these new insights to anticipate demand trends, address new customer needs, and spur growth," Barton sums up.

Developing an external orientation, and integrating the CI function into a company’s core processes and decision-making, have “proved to be extremely difficult,” she says.

Most companies studied still struggle to make CI more than just a traditional market research operation — which BCG identifies as stage one in a four-stage process of maturation for CI operations.

The most critical characteristic shared by companies that manage to evolve CI into a strategic role (stage three) and then become a competitive advantage (stage four) is top management’s commitment.

One senior marketer surveyed said that to reach stage four, the CI function must be “truly embedded” with business decision-makers; and seen as a thought leader capable of providing “world-class strategy and guidance that’s actionable to solve business issues.”

"A CI function's maturity and development must be pulled by the CEO and CMO and senior executives as much or more than it’s pushed by CI practitioners,” stresses Barton. “And this commitment must be felt by CI leadership, practitioners, marketers and business line partners.”

She points to an internal disconnect in perceptions on this point. Nearly three-quarters (73%) of senior executives surveyed said that the CI function had the support of the CEO, and just 49% said that the CMO supported CI. But CI practitioners themselves and their non-executive business counterparts had a different perspective: Only 19% to 32% said that the CEO actively champions the CI.

"The CMO can play a critical and unique role in driving the transformation of a company's CI capability,” says Barton. “In fact, more companies in our 2015 study shifted CI reporting away from the CEO and presidents, and toward the CMO.”

In a nutshell, she says, the study recommends that CMOs and executive teams do five things: “Commit to a real, lasting change to one another, as well as to the organization; share the vision and specific success metrics; set a transformation timeline of no more than 24 months; create initiative teams with top-down targets; and govern and course-correct through an activist project management structure."

The expanded 2015 follow-up study was conducted by BCG’s Center Consumer Insight in partnership with Cambiar and the Yale School of Management’s Center for Customer Insights. It included more than 640 respondents from more than 90 cross-sector enterprises.

More than 60% of participating companies have annual revenue of at least $5 billion, and about 70% operate globally. Respondents included “a balanced mix” of senior executives, insights and analytics practitioners, and senior business line partners, evenly split between corporate and business-unit positions, according to BCG.