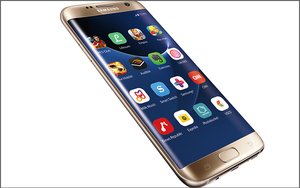 Verizon was apparently planning on selling the unused space in new Android phones to brands so that they could download their apps onto subscriber’s phones.

The deal would have cost between $1 and $2 for each phone, which in terms of audience acquisition is a pretty typical price. The scoop comes via an Ad Age report, which cites unnamed agency executives.

It’s unclear whether the cell service carrier got any takers, and if they did, there would likely have been some upset customers registering complaints regarding the use of space on their phones.

The downloads were only made available on Android because Apple has a tighter reign on which apps can make it onto its phones.

While such a strategy would have spiked downloads, the resulting negative association would likely have outweighed the marginal benefits of a few one-time users.

Mobile marketers are still wrapping their heads around the idea that less is more when it comes to app marketing. Few users will stick with an app unless it offers an indispensable service to them. Having a solid engagement and retention strategy will be of more value in the long run than a cheap and verifiable download.

The offering also didn’t offer any targeting, so it would have been an inaccurate scattershot approach to audience buying.

The move seems a little desperate, but it makes sense. It is an extremely competitive cell carrier space, and Verizon needs to monetize more effectively.