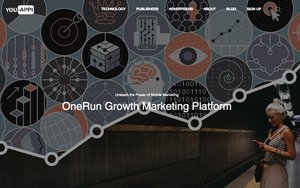 YouAppi, a mobile growth platform, announced today that it has incorporated anti-fraud measures into its growth marketing platform, OneRun.

Finding the right audience is critical for mobile brands and properties—fraudulent traffic can destroy the basis for growth, providing a boost to surface-level metrics, but fraudulent users never complete real-money transactions and as incidents of fraud increase it could potentially deter buyers from embracing the marketplace wholeheartedly.

"As the mobile channel is relatively new and its detection not as mature, fraudsters are turning to it in the hopes they will have an easier time perpetrating fraud initiated from mobile devices,” stated Andras Cser, VP and principal analyst for security and risk professionals at Forrester.

Fraudsters are also turning to the medium as more ad dollars find their way into mobile. Fraud costs advertisers more than $1 billion annually, according to the IAB.