Snapchat Predicted To Hit $366 Million In Ad Revs This Year 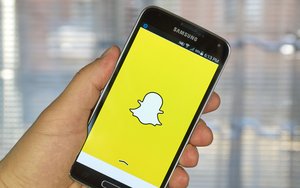 Despite direct competition from Facebook and other tech giants, Snapchat is positioned for “explosive” growth in ad revenue over the next few years.

That’s according to a new forecast from eMarketer, which predicts that the playful messaging app will generate $366.69 million in ad revenues this year. Even more remarkable, the research firm expects that figure to jump to $935.46 million, next year.

Cathy Boyle, principal analyst at eMarketer, says Snapchat’s bright outlook has everything to do with its young user base.

“Advertisers are attracted to Snapchat for its broad reach among young millennials and those in Generation Z, which are valuable demographic groups for many businesses,” Boyle notes in a new report.

Having launched its ad platform in mid-2015, Snapchat still only captures 2.3% of social-networking dollars, eMarketer estimates. That’s despite the fact that it now commands 36% of the market in terms of domestic usership.

While this obviously represents an enormous growth opportunity, Snapchat faces its fair share of challenges moving forward. For one, Facebook and Twitter still run circles around Snapchat in terms of ad targeting and measurement capabilities.

To be fair, “Snapchat has improved its targeting capabilities and partnered with 11 measurement firms to address the concerns voiced early on,” according to Boyle. That said, “What it has yet to prove is whether it can consistently deliver a better return on investment for advertisers than other social networks.”

There is also the matter of international expansion.

At the moment, Snapchat still derives 95% of its ad revenues from within the United States. By 2018, however, a quarter of the company’s ad revenues should come from outside of the country, eMarketer expects.