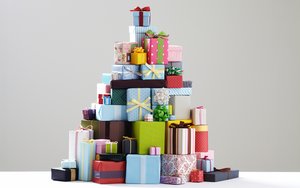 It’s good news for brick and mortar: Consumers may go online to research, but they plan to pound the pavement and make more purchases in-store this holiday season, according to Epsilon.

“Where consumers are shopping for the upcoming holiday season is less important than how they are getting there,” Edwards said in a release. “This study shows that digital channels continue to steer consumers on their non-linear path-to-purchase and influence buying decisions, identifying a huge opportunity for marketers to reach consumers in the moments that matter most.”

Leading up to the holiday season, retailers need to continue to focus on creating consistent and contextually relevant experiences for consumers across devices, time and media, Edwards says.

“If they’re not engaging in this manner they risk losing out on their share of holiday shopping budgets,” he adds.

The online study of nearly 2,300 U.S. consumers 25 years of age or older was conducted by Epsilon in April 2016. Throughout the report, findings from the company’s 2015 shopping survey are compared for year-over-year changes. Results were weighted based on age of responder.

“To improve the level of influence from online advertising efforts, retailers need to leverage offline and online insights to create personalized experiences that take into account consumers’ desire for offers or discounts,” Edwards said. “Utilizing a more targeted approach to online advertising will also create a more compelling and engaging cross-channel experience for consumers.”

Email remains relevant as well with 73% of respondents saying an email sent directly from a brand will have “a lot of” or “some” influence on their buying decisions this holiday season. Respondents report being influenced by this type of advertising because they find it personal and the emails they receive are from brands they like.