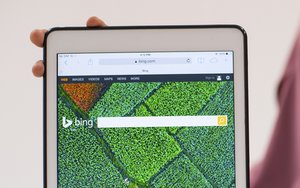 Microsoft Bing has rolled out support for Google's Accelerated Mobile Pages (AMP) in its search app to gain speed on page load times for mobile on devices running iOS and Android.

As the pages load, the Bing App detects in the background whether the news articles have corresponding AMP pages associated with them. Bing will give preference to downloading the AMP page from servers closest to the end user, preferably via an AMP cache for a faster experience. When an AMP page isn't detected by Bing's technology the non-AMP page will serve up to the individual.

"AMP does not impact our ranking algorithms in any way," Marcelo De Barros, group engineering manager in charge of the AMP integration at Bing, wrote in a blog post. "Users will be able to detect the articles that have corresponding AMP pages whenever they see the AMP icon in our iOS app."

De Barros wrote that Bing began experimenting with AMP in the app last May. Since then the group notices that AMP pages load 80% faster than non-AMP pages.

Google says during the fourth quarter in 2016 and the first quarter of 2017 it will work on providing offline and geo-variation support, and more assistance on validation, conditional behaviors, and grouping, as well as providing greater interactivity support by introducing a mechanism to bind element behavior to user actions.

Google also in the fourth and first quarter will focus on analytics for "various AMP custom elements, such as amp-carousel," and enable A4A creative demand across buyers, publishers, and landing pages.